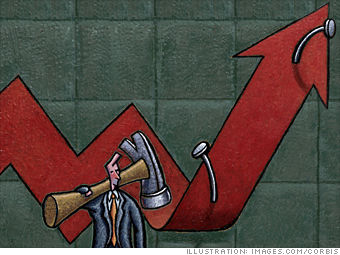 FORTUNE — With all the chat in the media about the chance of a double-dip recession — and the scary similarity between the latest market turmoil and what happened in 2008 — business leaders must stop themselves from getting caught up in that narrative.

Sure, we may go into a new recession (or even be in one now). But anyone running a business needs to realize that today’s best management strategies won’t be the same as they were last time.

Five of the most important factors affecting companies are sharply different from what they were in the most recent recession, and in some cases they’re virtually the opposite. Opening the managerial toolbox from three years ago will only get you into trouble. Consider:

In the previous recession, conventional wisdom got crushed as affluent consumers cut back their spending even more than average consumers did, contrary to all previous experience. Luxury carmakers, high-end retailers, and others who serve that segment suffered grievously; Saks Fifth Avenue (SKS) felt forced to cut prices by up to 70%, for example, and still got clobbered. Middle-class consumers were up to their eyeballs in debt and had been spending almost every dime they made.

Today, by contrast, the affluent have rediscovered the joy of shopping. Revenue is rocketing at Tiffany (TIF), LVMH, Gucci, BMW, Mercedes-Benz, and many other such businesses. Middle-class Americans, meanwhile, have rediscovered the virtues of thrift. They’ve reduced their debts and are saving a greater proportion of their incomes than they have since the 1990s. Any business creating new consumer offerings in today’s slow economy based on the 2008 model is likely to fail.

The capital markets are far friendlier for most companies.

It’s another case of near-total reversal. In the dark days of 2008, many companies — even giant, profitable ones — simply could not get capital at any price. The commercial paper market froze, and banks were too scared to lend.

This time, investors have been stampeding to lend money to highly creditworthy companies. Procter & Gamble (PG) and Berkshire Hathaway (BRKA) recently borrowed billions at rock-bottom rates, and several other firms also raised large amounts easily. The University of Southern California just borrowed $300 million that it promised to repay in a hundred years; back in 2008, investors were afraid to lend money overnight. The financial strategies that worked then would make no sense today.

U.S. layoffs may not be as necessary this time.

As in all recessions, companies in 2008 – 2009 learned how to do business with fewer employees. We’re still close enough to that period that companies haven’t done much rehiring, so they’re still pretty lean. In addition, the old strategy of firing in the U.S. and hiring in Asia is making less economic sense as Asian labor costs rise smartly while U.S. employment costs mostly stagnate. Cost cutting through mass layoffs — a tactic that was widely used last time — may not be sensible this time.

Another reversal. The financial crisis and recession of 2008 were widely seen as a mammoth failure of the private sector, with government riding heroically to the rescue. That perception drove public support for historic stimulus spending and the sweeping Dodd-Frank regulation of the finance industry.

This time, government looks like the villain, not the hero. The popular perception is that the governments of the U.S. and Western Europe bungled the crisis and still can’t figure out what to do. And in any case, they’re too tapped out to do much of anything except try, incompetently, to get their own houses in order.

Result: Governments have no mandate or capacity to go big, so don’t expect another ton-of-bricks response that will affect your industry or the larger economy. Last time, the smart strategy for companies was to keep their heads down. Now they face a chance to rehab their images.

A different set of industries is being revolutionized.

In any major economic turmoil it’s critical to identify which industries are truly being turned upside down and which are just being thrown temporarily off their trend line. Finance, autos, and real estate will never be the same after 2008 – 2009, while the crisis was just a big bump in the road for computers and cell phones, for example.

This time, historic change is apparently coming to two sectors: finance — again — and government. The top priority for leaders in those sectors is confronting their changed environment as fearlessly and quickly as possible.

An eternal challenge for leaders is learning not to fight the last war. It’s certainly true that some elements of crisis leadership don’t change — being visible, showing courage, communicating heavily, and creating a clear, constructive context for followers, for example. But every crisis is a new reality. The winners in this one will be those leaders who understand it fastest and best.