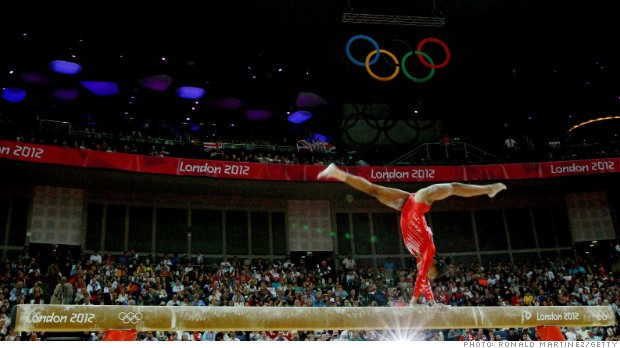 FORTUNE — Do you want to be world-class?

This is where we all nod and say, “Well of course.”

But are you sure?

As they told their stories, the overwhelmingly powerful lesson that came through was the weight of the sacrifices they were required to make in order to win at the highest levels of their fields. All of them moved far from home in their teens to work with better coaches. All spent eight to 12 hours a day training, seven days a week, never taking a day off.

All followed regimens that the word “strict” does not begin to describe. Ohno’s diet caused his body to enter a catabolic state in which it was consuming its own muscle while he intensified his training so that he lost weight while gaining strength; he felt awful for a year, at the end of which he weighed 145 pounds and could leg press nearly 2,000 pounds. For reference, 300-pound NFL linemen leg press about 1,300 pounds.

Douglas broke training for about 10 minutes and permitted herself a single Egg McMuffin — the day after she won her gold medals. Now she’s focused on 2016 in Rio de Janeiro.

Weggemann lost use of her legs five years ago after an epidural injection (for relief of pain following a case of shingles) went wrong. An enthusiastic swimmer before the mishap, she became obsessed after it and now spends hours a day not just swimming but also doing pull-ups and lifting weights to build her upper body. She’s also focused on Rio.

MORE: Your business model is obsolete

This is the reality of world-class performance. Next time you see the phrase “world-class,” which may well be part of your company’s mission statement or vision statement, pause to consider what it really means. Very, very few people are willing to pay the price of becoming truly world-class.

Are you? Any answer is okay, as long as it’s honest.

The Olympians’ message was sobering to the CFOs. As one of them vowed to me afterward: “I will never feel sorry for myself again.”