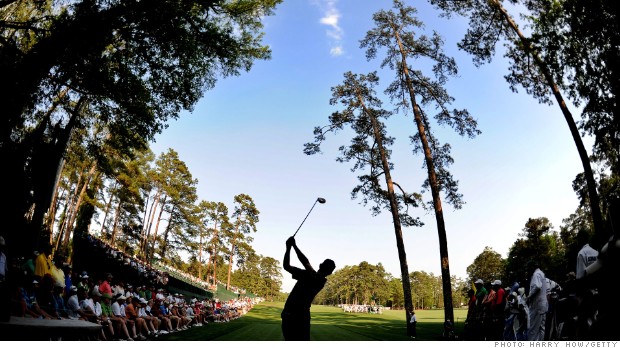 FORTUNE — The greatest reality show on TV begins next week.

I refer of course to the Masters Tournament, the advent of which renders some of us almost immobile with anticipation. The question is why. By common agreement there are four major golf tournaments. Why is the Masters so clearly preeminent? Why are its TV ratings always far higher than those of the U.S. Open, the British Open, and the PGA Championship? Why do golfers from around the world yearn to win it more than any other tournament?

Why is it that when Adam Scott last year became the first Aussie to win, Prime Minister Julia Gillard felt compelled to tell the nation, “By any measure this is a historic day for Australian sport”?

The answer is valuable to anyone in business — every company wants to be as successful as the Masters. Yet by objective criteria, the tournament is a lot like the other majors; they all attract the very best players and are extremely well-managed. So what is the extra something, the source of the magic that makes players and fans and prime ministers swoon?

MORE: Dario Franchitti on the crash that ended his racing career

As in so much of life, a lot of it is attitude: By behaving as if it’s superior, it is perceived as superior, and absolutely no institution in sports behaves with the quiet self-confidence of the Masters. In its genteel, patrician way, it tells the world: You need us more than we need you. Specifically:

MORE: Why foreign CEOs should care about Ukraine

It’s no surprise that the Masters is hugely successful or that it conveys utter self-assurance. Augusta National’s members include many of the most formidable CEOs and former CEOs in America: Warren Buffett, Bill Gates, Jack Welch, Larry Bossidy, Ken Chenault, Lou Gerstner. In this, as in their more public roles, they know what they’re doing.